Pathologic 2 is a 're-imagining' of the original game Pathologic. The game is currently being developed by Ice Pick Lodge and will be published by tinyBuild Games. The release date has not been announced but the game is expected to launch in 2018. The game utilizes and was built using the Unity engine. A pre-alpha demo - Pathologic: The Marble Nest - was released December 1, 2016 for backers of the Kickstarter project used to fund the development of Pathologic 2. The funding raised over $333,000 which was quite a bit over the original goal of $250k.

The game was named Pathologic 2 to keep it separated form the original game and it's 2015 remastered release. Even though the game idea and underlying story plot is basically the same, the game will not play or feel the same as the original, and additional content has been included. Backers of Pathologic 2 were given access to an early demo of the game's content titled Pathologic: The Marble Nest. The demo released December 1, 2017.

Pathologic 2 will feature updated visuals and content which will allows the players to feel more immersed in the game. The gameplay will be better balanced than before and the NPC's have been redesigned and enhanced with an improved AI. Filler quests that did not particularly add to the story will be removed and replaced with more events and plotlines.

Similar to the original, Pathologic 2 will have three playable characters. Each of them will have their own backstory and quests to complete. They will each have their own viewpoint regarding their surroundings and decisions made. Survival of the game's 12 days is the primary objective but won't be an easy task to accomplish. Resources are limited and not exactly easy to obtain. The town is plague with a disease, the cause of which is unknown. Each of the playable characters are healers who need to determine the plague's origins and unravel it's mysteries. Is it merely a disease or is it something more? Can the town be saved?

Add a photo to this gallery 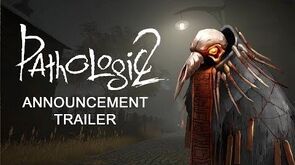 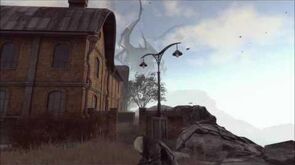 The Marble Nest A Mosaic 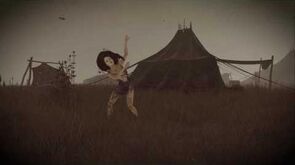 Pathologic The Marble Nest Trailer
Add a photo to this gallery

Retrieved from "https://pathologic-archive.fandom.com/wiki/Pathologic_2?oldid=4193"
Community content is available under CC-BY-SA unless otherwise noted.