Clara is a playable character also known as 'The Changeling'. She has the ability to heal or kill by using her hands. She is unable to use most weapons found in the game, but instead has access to a unique gun known as the Derringer. In place of unarmed combat, Clara is able to use magical powers to damage enemies at short range. 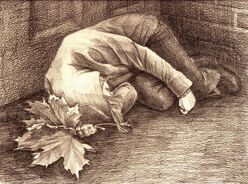 Concept art from the original game 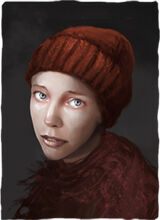 Card art from the tabletop game
Add a photo to this gallery
Retrieved from "https://pathologic-archive.fandom.com/wiki/The_Changeling?oldid=4214"
Community content is available under CC-BY-SA unless otherwise noted.